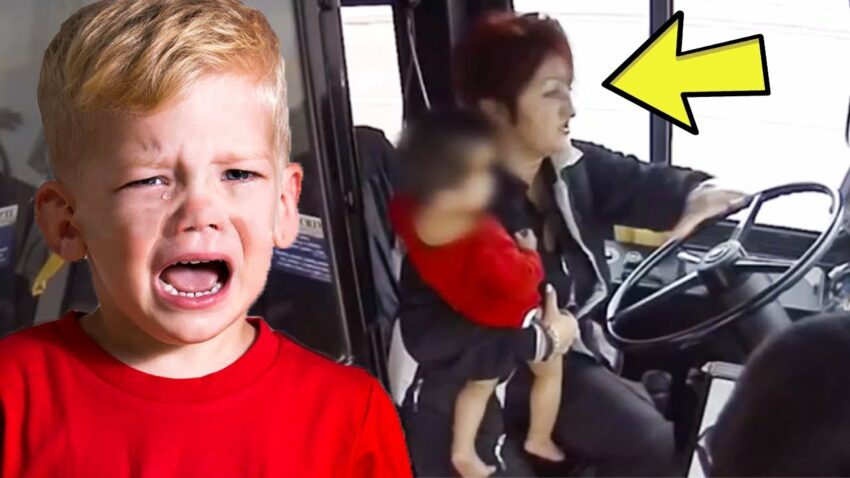 Bus drivers see hundreds of people every week. Some of them are happy while others are sad. There are those who look like they are always on the rush while others look distracted and lost.

Of all these people, bus drivers have a set that they call as their regulars. These are the people who ride every day to get to work or school.

Daily Life on the Road

Tim Watson is one of those bus drivers. He pays attention to the people getting on and off his bus. Over the years, he’s gotten to know his regular riders. He knows their drop-off points and has gotten used to their daily schedules as well. Some of them had even become his friends.

Whenever they get on and off the bus, they would usually have a quick conversation. Tim often tells them simple things such as “take care” or “enjoy your day.” In return, they would wish for his safety on the road as well. It goes the same every day until one particular morning.

That day, Tim was driving his regular route. The day was going well, and he was operating as smoothly as he can. Then, on a bus stop, a man and a boy got on his bus.

Tim was sure the pair was not his regulars. The man seemed to be in his mid-twenties, and he looked distracted. They chose a seat in the middle, and he was evidently restraining the little boy who was clearly not in the mood.

When this little boy got on the bus with a young man, the little boy started crying.  That was something that Tim saw often – it’s not uncommon for children to get on a bus in the middle of a temper tantrum.

However, that day, the bus driver felt that the little boy’s crying was not the typical temper tantrum. There was evident fear in his eyes. That’s not how the typical child looks when getting on the bus with a family member even if they are in the middle of a temper tantrum.

Try as he might, Tim couldn’t resist but look from time to time at the new passengers. The little boy continued to cry despite the man’s bidding. It seemed like the man was urging the little boy to sleep or to keep quiet.

It was unusual for Tim to check on his passengers on his rearview mirror. However, there was something in his gut was forcing him to take notice. There was a strange feeling, but he just couldn’t figure it out at once. But when he looked again, something caught his eye.

Looking from his rearview mirror, Tim finally realized where his gut feel was coming from. He remembered the news he had read that morning about missing persons.

According to the newspaper, a three-year-old boy had been reported missing from a library in San Francisco. Tim tried to recall the other details he had read. A suspicion was fast boiling in his mind.

Tim, who was a father of two, believed that his gut was telling him something. The little boy on his bus could possibly be the one the police were looking for. However, he knew he could be wrong as well.

So, he tried to remember the other valuable information stated on the missing-persons report. Lucky for him, his mind cooperated. The missing three-year-old boy was wearing a blue shirt, plaid shorts, and red crocks on his feet.

At that moment, Tim imagined how the young boy’s parents felt not knowing where their son was. He started thinking about his children at home and how he’d feel if one of them went missing.

Remembering the details from the newspaper, Tim thought of a way on how he can take a good look at the boy so that he could be sure. He couldn’t just stop the bus and confront the man. He had other passengers to consider as well.

Trying to Mask His Suspicions

Whether the boy was the missing boy or not, Tim didn’t want to alert the man that he was suspicious. If it indeed was a kidnapping incident, he didn’t want to scare the man off.

He continued with his normal driving pace and resisted the urge to look at his rearview mirror. The man’s eyes had become alert at that time, and it seemed to him that he looked impatient to get off the bus.

At any moment, the man could change his mind and get off the bus with the boy. It seemed that no passengers have noticed. They were busy minding their own business.

Tim knew he was running out of time. He looked at the road and tried to calm his thoughts. Then, just like an answer from above, he figured out exactly what he should do.

To make things look as casual as possible, Tim announced to the people on the bus that one of the passengers who had ridden the bus earlier left a green backpack.

He said that before they left to go to the next stop, he needed to check the bus first. Tim even made a pretense that the rider who had left the backpack was adamant about knowing whether it was still on the bus or not. Then, trying to appear as casual as possible, he stood up and began his “search.”

Tim politely asked all riders to check under their seats. When he got to the position where the man and the little boy were sitting, he was able to get a good look at the boy.

As expected, the boy who had grown tired of crying was wearing blue shirt plaid shirts and red crocks – just like the missing boy on the news. At this point, Tim was sure it was that little boy that he’d heard about.

Before it’s Too Late

After the search, Tim casually got back on his seat and devised the next step he should take. He knew that it would not be a good idea to try and deal with the situation on his own, so he came up with a better plan.

The man and the boy were seated in the middle of the bus, and the engine was loud enough to make soft sounds inaudible. Moreover, they were looking at the window, the boy evidently tired of his tantrums. With trembling hands, Tim reached his phone and made the call.

Tim started driving, and at the same time, he discretely called the police. He told them that there was a boy on his bus that fit the description of the missing boy.

The police on the other line firmly instructed Tim on what to do. He listened intently on the plan. Although he was feeling quite nervous that something might go wrong, the determination to save the boy made had him fearless.

The police told Tim to continue driving to his next stop as planned. The things were set into motion, and they guaranteed him that police officers would be there waiting.

Once again, Tim checked if the suspected kidnapper had noticed that something was going on. It seemed that he had not. At least, the missing boy was nearing to be saved.

Tim got to the next stop, and two police officers instantly covered the rear of the bus. Several officers were at the front of the bus.

One by one, they allowed the riders to exit the bus. While some looked a little shock why there were police officers around, no one dared to ask questions. The authorities were all eyes on the bus, waiting for the man and the boy.

Whisking the Kid to Safety

When the two got off the bus, the police officers pry the boy from the man’s arms and arrested the guy immediately. The alleged kidnapper made minor attempts to struggle but was unsuccessful. The authorities were determined to save the boy.

The three-year-old kid seemed to understand that he was being saved. He snatched the hand of an officer, and a look of relief was evident on his innocent face. Then, the two were taken to the police station for further investigation.

It turned out that the parents had already been told about the possible lead. When the police got back to the station, they made the call. The parents were extremely relieved and were on their way to see their son in no time at all.

Tim could only imagine how happy they would be to find out their son was safe and sound.

Of course, the parents of the missing boy as well as the police officers were extremely thankful and proud of what Tim had done. If not for his excellent memory, strong instinct, and alertness, who could have known where the innocent boy could end up?

The story was worth sharing, and before Tim realized, he was an instant celebrity. When he was interviewed by the local news stations, the courageous driver just said: I feel I just did what any father would do.

A Valuable Piece of Advice

If Tim hadn’t trusted his gut on this, there’s a good chance that boy would never have been found.

Tim says there is one thing that everybody should understand – if you feel something in your gut, you have to go with. Having hesitations could end up to regrets later on.