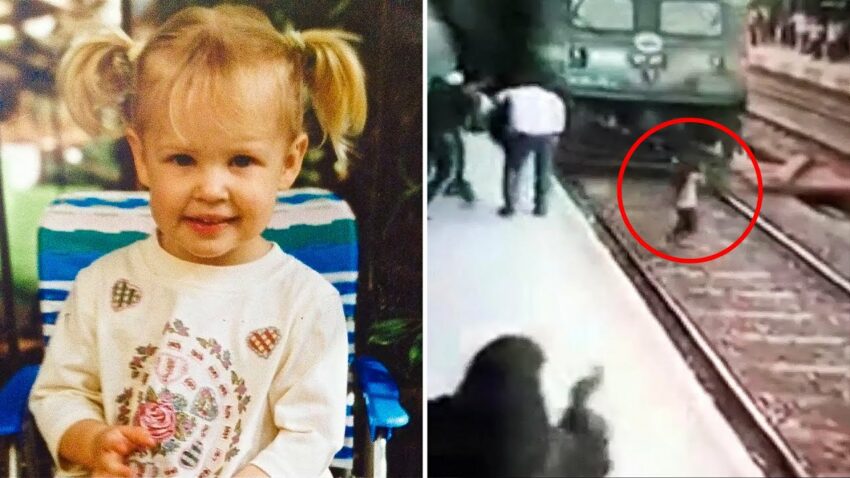 A LITTLE girl whose dad lost her on a train 20 years ago has finally been reunited with her parents after an adoptive family raised her.

Yulia Gorina, 24, mysteriously vanished in 1999 from a train traveling between Minsk and Asipovichy, Belarus, as her dad slept.

She somehow ended up more than 550 miles away in Ryazan, in neighboring Russia, three weeks later, where cops were unable to trace her parents and gave her up for adoption.

Now 20 years later she has finally found her family after her new boyfriend Ilya Kryukov, 31, tracked them down with a simple internet search.

Heartwarming pictures show Yulia after she was reunited with her mum and the dad who lost her.

A DNA test has now proved she’s the daughter of Viktor and Lyudmila Moiseenko – and her father has “begged her forgiveness” for losing her.

Her parents – now in their late 50s – searched frantically for their lost child at the time, as did local police.

But the couple ended up under suspicion of killing her and remained suspects as recently as 2017 when they were asked to take lie detector tests after cops reopened the case.

It remains unclear how Yulia got from Asipovichy to Ryazan, except she has a memory of a train journey with a mysterious couple who may have snatched her.

Yulia still lives in Ryazan where she was found on a railway siding in 1999.

Her real mother Lyudmila said: “Twenty years is like a whole life, but we never lost hope, we believed – and so we found each other.”

The reunion was in a police station in Marjina Horka’s settlement.

Yulia said: “We were all in tears. We could not even talk, we only cried and hugged each other.

“My parents have told me that they were searching for me for a long time, that they believed they would find me one day.

“My mother could not stop hugging me, she made me sit on her lap as if I was a little girl.

“We were chatting until 3 am, and then Ilya and I had to go back to Russia – my daughter was waiting for me.”

Before leaving she walked with her father around the station where the train ended its journey in 1999.

She said: “Father begged me to forgive him for what happened.

“Of course I do. We were at the station where I went missing, we all walked around it, in floods of tears.”

Yulia said: “I was always searching for my family, checking the internet, trying to browse…but I found nothing.”

She told Ilya about her story – and miraculously he found details of a girl lost in Belarus shortly before Yulia was found in Russia.

She said: “I began to read and realized that so many facts were the same, so my tears were running.”

Lyudmila told how she and Viktor had hunted for their missing daughter.

She said: “For days we were searching ourselves, taking every train from Minsk to Asipovichy and back, asking passengers if they had seen Yulia, checking wells, shops, deserted houses, everything.

“It was impossibly painful to live all these years with the heartache of not knowing what happened to our daughter.

“It was beyond awful. We eventually moved house.

“We couldn’t stay in the house where just days ago she was laughing and playing.

“We couldn’t walk the same roads and hated to be anywhere near the railway.

“We both hate seeing trains.

“In the end, we moved house because we couldn’t stay there in the same place by that railway.”