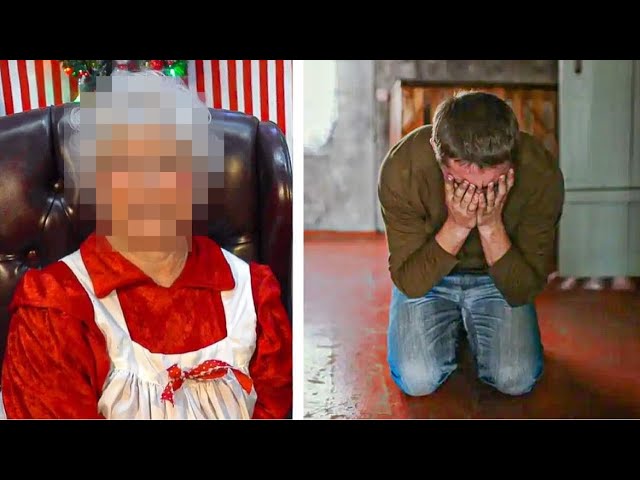 Things can get really busy during the holidays. From Christmas shopping, and festive home decorations, to connecting to distant loved ones. A lot of things happen during this season, all over the world. But for John Dorroh, he didn’t understand why his mother disappeared for a few hours every Christmas Eve until he reads a letter from a stranger.

This 63-year-old man tells a story of how his mother disappeared every Christmas eve. Sue, his mother, always told her that she just has to run some errands and that she will be back after a few hours. In a rush, she’ll grab her car keys, and then she disappears.

It happened every year, and she didn’t miss a single one. It was always the same setup, same reason, same urgency. She never explained the details behind her errands. She didn’t say where it was, or why it cannot wait until the holidays were over.

But after Sue’s passing, John received a letter from a stranger named Robert, and suddenly, all of his questions were answered. Robert was a former co-worker of Sue, but there was more to that. As John was reading the letter, he came to realize that her mother has been hiding her secret relationship with Robert and his family.

John thought to himself, why would my mother run errands in the middle of Christmas eve? Why would she do this consistently, every year, always with a sense of urgency? Or maybe she was out Christmas shopping? John doubted, since her mother always did her shopping in August and is done by Thanksgiving.

It has always been a mystery to John and the rest of Sue’s family, but they let it pass since she kept her word to be back after a few hours, and why she consistently disappeared probably won’t hurt anybody. And true enough, it didn’t. Because this whole time, Sue served as an angel not only to John, but also to Robert’s family.

“Dear Johnny, I just wanted you to know how much my family and I appreciate what your mother has done for us for all of these years. Every year on Christmas Eve day your mom comes to my house dress like Mrs. Claus and gives my kids a Christmas that we can’t afford to give them. She has given them shoes, shirts, jeans, toys, and candy.”

“I know your heart is heavy and that you are missing Miss Sue. We do, too. We loved her and just wanted you to know what she has done for us. Love, Robert and Nellie and the kids.”

John couldn’t help his tears. Reading those kind words about his mom filled him with so much gratitude. For him, it was the best gift that he ever received. All this time Sue kept it from them, John was inspired to tell this story of generosity and kindness.

“I loved his story. I loved the fact that his mother went out to help this other family every Christmas Eve for years and never even told her own family what she was doing.”, said Chicken Soup publisher and editor-in-chief Amy Newmark. After keeping it from his family for many years, she is finally getting the recognition that she always deserved.

Watch the full story of Sue as narrated by John himself below: